For the past 3 weeks I've been in the middle of writing two new stories as well as facilatating entrepeneurship training with young, ambitious Kenyan entrepeneures at the m:lab. I guess that you could say that my writing capacity has been full. While preparing for the training it occurred to me in a fresh and new way that had I lerned much more than I had set out to learn when I embarked upon publishing "The Lizard & the Rock" back on 2009. Society doesn't usually classify writers as entrepenuers but perhaps this classification needs to be revisited.

Thinking back to the fall of 2009 there were several responsibilities that I was juggling besides the entrepenuer hat. Trying to earn a Master's degree and having to step out of class several times because the project manager was calling from California saying that the printers in China did not properly understand the instructions to ship the books on the particular date and now we were behind schedule. I remember sitting in class in a whirlwind listening to the professor speak about how to best align an organization while responding to two texts; "Hey honey the organic, spelt, pasta is in the fridge next to the grass fed meat sauce...hey Ralph let's look at another plan to get the books here in time for Christmas...." Rewind further back to August; corresponding with the editor on the last sections of the book and all of a sudden sharp pains are shooting through my lower abdomen. A trip to the hospital would reveal the loss of  ptential wrapped up in the makins of a human being.

Fast forward a year later when the second publication and the musical CD hit the shelves just in time for Christmas and the recession. I  have now graduated. I have a Master's degree. I have learned from the challenges of the first book and discovered new ones with the change in market climate. I feel that by virtue of maintaining my sanity  however I have also mastered life. I look at the successful black women between the ages of 40-50 and  wonder what stories they have not shared with the rest of us because of the painful and amazing moments encased between the pages of their own life story. 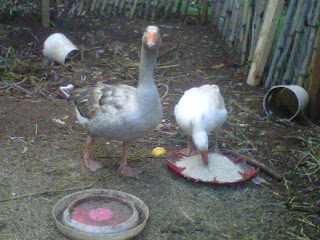 As  I look forward to "Christmas in Africa" and sort of feel sorry for the goose that will soon be Chritmas dinner and the rabbits that have graced our table as "chicken" I think about past Christmas years where all was exciting and moving quickly. This year will be different. This year things will be much slower, less commercialized and without extended family and close friends who know and love us well. On our table will be a representation of the places we've been and the friendships that we've made: Casava pie, Palestianian rice for stuffing, the goose from outside, mango and guava sauce, sweet potato pie and various Israeli salads. Perhaps this year I will take time to unwrap pleasant memories of the past and thank them for the gift of life's processes that have brought me to this present moment.  And look, I already received my first eary Christmas present:). 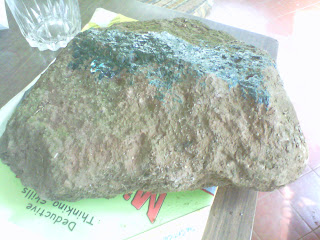