Hi everyone,
It has been several months since I wrote in this blog. Even though I haven't written anything here for a while my mind has been turning over with thoughts while my journey continues here in Kenya. About a month ago while on my way to see my agent for a meeting I found my knuckles turning white while clenching the backseat of a motorbike that was travelling way too fast while cutting off buses and trucks on the way to town. In Kiswahili a motorbike is called a boda. As we weaved in and out of traffic and even onto the sidewalk people jumped out of the way and someone shouted to the driver, "Hey, drive safely with that pretty girl!" While my life flashed before my eyes I thought about how life is sometimes like a boda. We climb on with a destination in mind but sometimes we are unprepared for the speed at which life takes us. 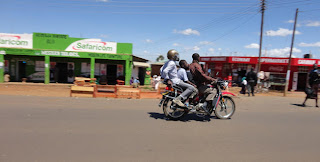 Did I mention an agent? Yes that's correct. Back in August of 2011 when we first stepped off the plane into Nairobi I vowed that if things did not work out well for us, in a year we would move back to Bermuda. When August 2012 came around, I was about to become a Kenyan celebrity as well as a teacher at Woodland Star School. So on weekends I am a judge for the biggest East African dance competition on television called Sakata and on weekdays I am the Social Studies and Poetry teacher at a niche school in Kenya that infuses the creative arts into every inch of the curriculum.

Being a dance judge has been a growing experience for me. I am naturally a critical person when viewing the visual and performing arts and am happy to offer constructive criticism on any given day. The unfortunate thing is that in a competition of this nature someone has to go home. I think back to the first show that we did. There were lights, makeup, people calling my name and people wanting to take my picture. As we ascended onto the stage and the cameras began to roll I looked to the side and remembered the teenager who wanted a life of adventure and freedom. In my way, dance became both for me. That was how I began dancing. As the lights continued flashing I thought to myself, "God, is this where it was all leading?" 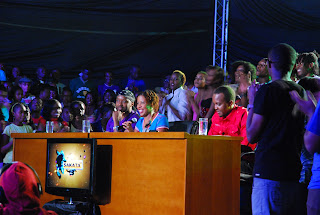 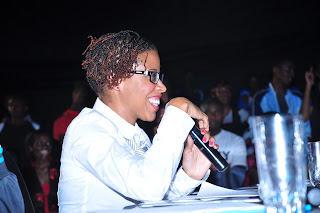 As the first show continued and finally came to an end there were smiles for some dance crews and tears for others. The responsibility of choosing who would go to the next round weighed heavy on me but there was no time to wallow as the next show would begin soon and there would be more makeup, lights and screaming people. The reactions to me being a judge were also a mix of emotions. Some people would say that I am mean or unfair while others have said that they appreciate the feedback and have grown from my criticism. As an amature celebrity I have learnt not to read the comments about me posted on the Internet (good or bad) and to stay focused at every minute.


On weekdays I am not Judge Joanne but Ms. Ball-Burgess. There is no time for makeup, no lights and no screaming fans or anti-fans:). There are screaming children however who are creative in nature, very opinionated and used to the free-spirited education process at Woodland Star School. In some ways these children are far more scary than the most passionate fan whose dance crew has just been sent home. These kids are hungry for education and look to me as the one who will give them meaningful experiences in Poetry, Social Studies and Music. Naturally I infuse dance, visual arts and song into all of my classes but when I am tired there is no one to say, "Judge Joanne needs water!" or "Judge Joanne needs a fresh coat of lip gloss!" These varied experiences keep me balanced and full of creative energy. They also allow me to see the world at different angles and remind me of my past and present simultaneously. 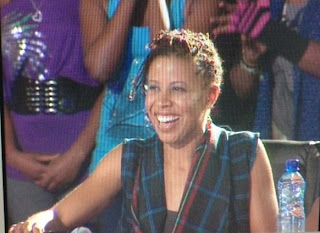 In one year of being in Kenya life has changed dramatically and in many ways and life has also remained the same. It has been a year of realising and embracing my passions, learning that my life is not my own and coming to terms with my own insecurities that come to the surface once the television cameras are turned off. Overall, life is good, family is precious and Kenya is an amazing place. Thank you for embracing me.

Oh, I forgot to mention, that you can watch Sakata on Citizen Television at 8:05pm every Sunday Kenyan time. For those of you outside of East Africa or without a television here is the live stream http://www.citizentv.co.ke/live. 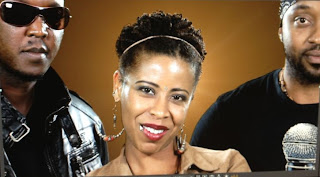 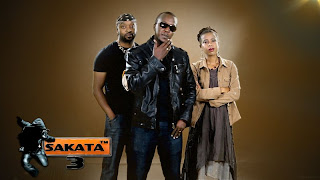 Posted by Burgess Family Adventures at 01:34