Beauty and the Bees: Trip to Masai Land

Quincy has been embarking on some wonderful new adventures here in the Motherland but like I said...this is not that blog:). Once a week he teaches beekeeping in a Masai community in the Rift Valley for an organization called MIDI. I went along mainly as the photographer but also because every time I travel to the Rift Valley a sense of calm envelopes me as if every part of my being agrees with me standing in this place.  I feel as if I have come home. So in between job searches and  continuous writing work from home, we jumped into the car to meet the friends who would take us to the Masai Comminuty. 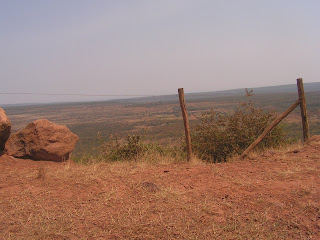 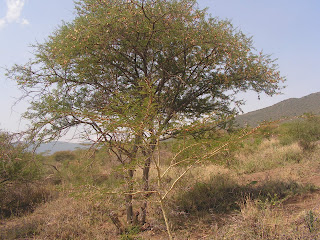 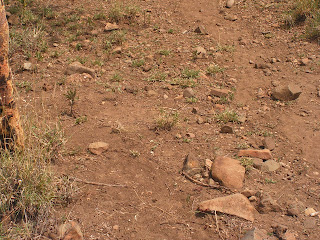 An hour later we were traveling on a dirt path of loose, bumpy rocks with steep hills and narrow turns. Once in a while (6 of us in total)  we would need to jump out of the car to help to push it over the rocks. I was beginning to feel that eye shadow and sandals were not a necessary part of this adventure and hoped that my organic deodorant would hold up for the entire day. 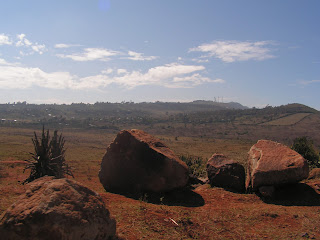 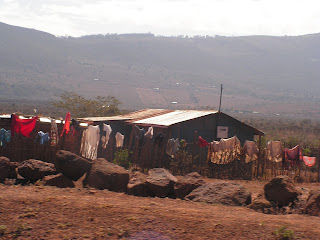 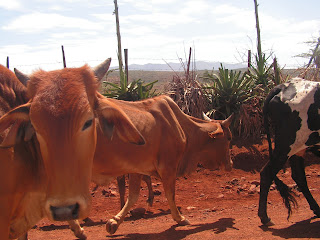 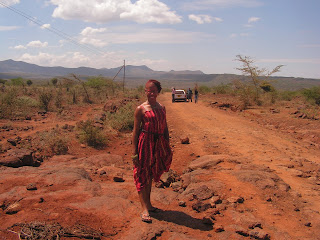 When we finally arrived, covered in dust and quite shaken up from the bumpy voyage, we were greeted by Mat, the coordinator for MIDI in this area and several Masai people. We first had tea (Thank you British Empire. Nothing like tea on a hot day in a village), talked about the day, what Quincy would be doing, and then began the beekeeping course. By this time we were all dripping with sweat as the tea was hot and so was the air.

Soon many Masai people began to gather where Quincy was speaking. By way of a translator he taught the basics of beekeeping and explained how it is important not to cut down the trees so that the bees will have sufficient nectar sources. Many of the Masai people began to laugh saying, "This man thinks that we are going to be beekeepers?" I asked Amos, who had been translating for Quincy, what they were saying then said to him, "Please tell the people that they already know how to take care of animals so beekeeping will be easy for them. Quincy taught a bunch of people back home in Bermuda how to do beekeeping and they did not even know how to take care of animals such as you guys do. You can do it." Amos gasped and said, "They don't even know how to take care of goats and cows? Ha! Then we can do beekeeping!"

He relayed the message in Masai to everyone as more laughter erupted at the thought of a group of people who don't even know how to take care of animals." At this point more people became interested and some went home. Pretty soon those who were interested were bringing out more beehives and frames, sharing honeycomb and asking questions. 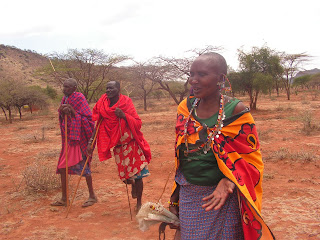 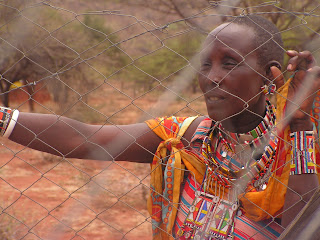 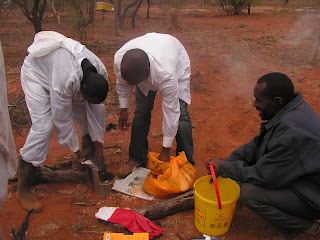 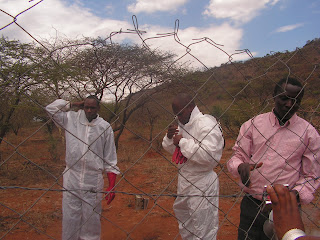 While we watched the beekeeping in motion, the Masai women began to ask Amos if I was black, to which I replied, "Of course I'm black". The reply was, "Then why do you not speak any African languages?" Sadness came over me as I recalled the story of Bermuda's slavery in about 2 minutes (the fast version). "Oh we see! You used to be black but now you're white!"  I actually told them that over 400 years ago we were Africans but now we are not Africans which translates to the previous sensence in Masai.

In the midst of trying to figure out my race and the confusion with why I don't speak any African languages, the Masai women began to hold my had and we exchanged bracelets. We asked each other about our families (Joyce in the picture has 9 children) and smiled at each other. As we stood watching the continuation of the beekeeping class from a distance we remained holding hands. They told me that I looked like their family then decided that I look like a Moran (another Masai group who paint their hair with red dye). After the class was over, Quincy planted a bunch of mango trees and we ate lunch. Yummy beef stew with potatoes, onions and tomoatoes. 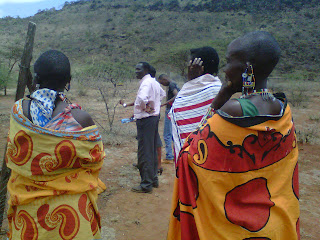 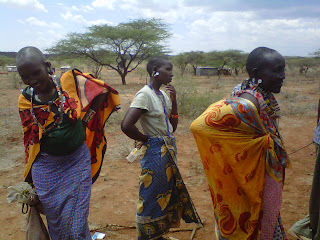 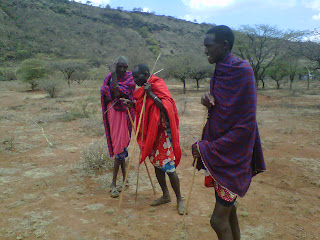 On the way home we saw several gazelle and had to jump out of the car several times to push it over the rocks-again. Ahh, back to Nairobi, where the potholes suddenly didn't seem as bothersome... 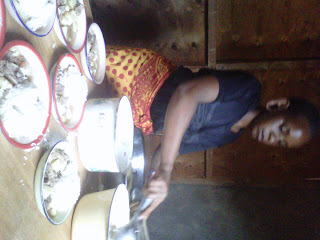 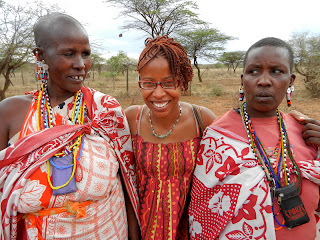 Posted by Burgess Family Adventures at 11:05